For starters, historically, market indexes go up over time. And as such, the odds are in your favor that markets will be higher towards the end of the year than at the beginning of the year. If you front-load, you could catch more of the gains. In the last 31 years of the S&P 500, for example,

That’s a 2-to-1 ratio of higher 2nd half versus higher 1st half index levels.

An even more compelling reason to front-load is the benefit of capturing matching funds before leaving an employer. If you think you might retire, go on a sabbatical, get laid off, or take another job with a lesser or zero 401K match, you want to be able to lock in as much 401K matching funds as possible, because it’s free money. And if you get another job with a better 401K match, you can always over-contribute to your 401K (against the IRS maximum) and then withdraw excess contributions to the lesser matching of the two employer 401Ks.

So, in many ways, the answer to whether you should front-load 401Ks is emphatically “yes”.

Should you Front-Load your HSA Contributions?

But what about HSAs? Should you front-load your HSA contributions, similar to 401Ks?

The answer here is very different.

For starters, the HSA contribution deadline is the same date as the tax deadline. This means you have roughly an additional 3.5 months after the end of the calendar year to retroactively make HSA contributions.

The IRS has stricter contribution rules for HSAs that wipes out the advantages of front-loading. I don’t think they are widely known, so I thought it would be good to share.

Your ability to contribute to an HSA is determined by whether or not you are enrolled on the first day of a given month in an HSA-qualified high deductible health plan (HDHP) and have no other conflicting health coverage.

In other words, your annual HSA contribution is pro-rated by the number of months you are eligible to contribute (annual contribution maximum divided by 12). That is NOT the case with 401Ks.

You can still front-load an HSA, however, you’d have to pull back funds or face taxes and penalties if you were not eligible every month of the year. Any excess contributions and earnings must be reported as taxable income and excess contributions are subject to a 6% penalty for every year they remain in the HSA. You can withdraw excess contributions by the tax deadline to avoid the penalty, but that can be a pain. Check out IRS Form 8889 and its instructions for more on excess HSA contributions.

Additionally, employer HSA contributions are often made as a lump sum at the beginning of the year instead of matching by paycheck. With HSAs, there isn’t the same incentive to max your contribution before you leave an employer as there is with a 401K.

Furthermore, HSA maximums are much lower than 401K maximums, so the potential benefit of capturing more gains by contributing earlier in the year is much more limited. That potential benefit, in my view, does not outweigh the risk of taxes and penalties.

There is one clear exception to this rule. If you know that you will keep your HDHP/HSA throughout the year and you anticipate a big medical expense later in the year, it could be very advantageous to front-load your HSA to be able to use those funds. Withdrawals from HSAs for qualified medical expenses are completely tax-free – so you could save money versus paying out of pocket (with funds that have already been taxed).

I am a huge fan of HSAs (here are my picks for the best HSA account) and make the maximum contribution to them annually. In many ways, they are the ultimate tax-advantaged account. But with everything highlighted in this article, my recommendation is to not front-load your HSA. Outside of the exception I highlighted (if you can think of others, please share in comments), it makes more sense to take the maximum contribution and divide it equally by the number of paychecks you receive per year from your employer (or monthly if you are self-employed). 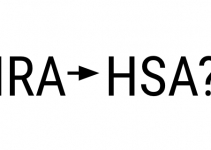 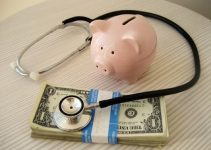 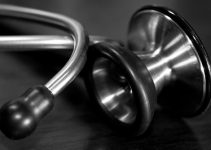