I rarely comment on current events, but the GameStop Reddit group supporters versus hedge fund stock price wars story is just too juicy to not take a bite, share my thoughts, and offer a few warnings for readers to heed. I’ll do my best to give a fair summary the GameStop story here, but this story is changing by the minute. Let’s first start with a summary of “short selling” as that is essential to understanding what is going on in this story.

What is Short Selling?

“Short selling” is when an investor (speculative “trader” might be more appropriate here) borrows shares of a stock from another investor for a small fee, usually selling the stock immediately for whatever the current price is at that moment, and then later buying the stock back and returning the borrowed funds to the lender. The difference between the buy and sell prices is profit if bought at a lower price (or, loss if bought at a higher price). The bet being made by the trader is that the stock is overvalued, will decline, and a profit will be made when shares are bought at a lower price.

Whereas most investors “invest” in stocks by purchasing and holding the assets, with the hope of the price going up over time, Wall Street hedge funds commonly find downtrodden businesses, then “short sell” their stocks to drive the price down and make a profit. In many cases, the hedge fund or large short seller is itself driving the price lower by short selling a large number of shares simply by the volume in which they are doing so, often paired with attacking the company in other ways. It’s legal, and some would even argue that it’s necessary for fair stock market valuations, but the downward price manipulation can be self-fulfilling and ethically suspect when initiated by a large short seller, at best.

There’s risk in this trading strategy, however. In aggregate, stocks historically go up, not down, over time. And a stock going up in value for a short seller can result in massive losses for that short seller. It’s even bankrupted a few hedge funds that couldn’t cover their losses.

GameStop Reddit Investors Versus the Hedge Funds: A Summary

Stock prices naturally going up over time is a short-sellers worst fear. Stock prices going up due to artificial price manipulation is their worst nightmare. That’s where the investors in the ~4.9 million member Reddit r/wallstreetbets group enter this story.

As the story goes, the members of this Reddit group decided to take on the hedge fund short sellers of a few downtrodden, but beloved brands. GameStop (Ticker: GME) has received most of the press, but other brands that they have rallied behind include AMC Theaters (AMC), BlackBerry (BB), Bed Bath & Beyond (BBBY), Tootsie Roll (TR), Koss (KOSS), Trivago (TRVG), Nokia (NOK), and Express (EXPR).

Everyday retail investors in the Reddit group have essentially poured money into stock purchases and options (often through the Robinhood App) to overwhelm the hedge fund short sellers, with large price spikes creating a “short squeeze” on the short sellers, who were forced to cover their short positions for substantial losses (usually done by selling other stocks they had profitable positions in, or borrowing funds), which drove the prices up even further.

As a result of the price manipulation (and yes, it is an artificial price manipulation), shares of these stocks have skyrocketed. GameStop’s market value increased to over $24 billion from $2 billion in just days! GameStop shares rose over 1,700% since December. Other stocks have seen similar hyped-up, manipulated gains as well. And Melvin Capital, the hedge fund that had the massive short position against GameStop closed out its position in the stock, losing billions.

If the story ends there, it’s a fun, heart-warming, David versus evil Wall Street hedge fund Goliath story. Of course, it doesn’t.

GameStop and other stocks have bounced up and down wildly, and Robinhood and Interactive Brokers, at least temporarily, shut down the ability to buy (but not sell) GameStop, AMC, and a number of similarly traded stocks on their apps. This move resulted in the threat of a class action lawsuit from wallstreetbets investors (and subsequent small walk-back from Robinhood). And more than a few prominent politicians on both sides of the aisle have weighed in…

I am happy to work with Republicans on this issue where there’s common ground, but you almost had me murdered 3 weeks ago so you can sit this one out.

Happy to work w/ almost any other GOP that aren’t trying to get me killed.

In the meantime if you want to help, you can resign. https://t.co/4mVREbaqqm

Where does this story go next? I will tell you.

I’m not shedding any tears for hedge fund managers or their investors, but I am against manipulative price speculation whether it comes from the powerful hedge fund titans of Wall Street artificially driving a stock’s price downward or a group of rebels on Reddit artificially driving a stock’s price to absurd levels. It’s 2 different groups playing the same price manipulation game. And while it’s kind of fun to see hedge fund managers get squeezed, there are going to be thousands, maybe millions of small retail investors who get caught up in the hype and lose a lot of money on this type of artificial sugar-high trading.

This really isn’t all that different than “pump-and-dump” schemes that are illegal and come with heavy fines. Pump-and-dump is when a shady actor buys a large position in a tiny stock, hypes the stock to a large number of people (usually with misleading information and claims), then sells the stock for a massive profit as the price artificially increases, while those who piled in to the stock late get burned as reality sets in and the stock declines to previous valuations.

Make no mistake, while the players are different, the same result will happen here with GameStop and with just about every other stock that is hyped on r/wallstreetbets (or anywhere else). The few who are first to get in will make a lot of money (if they sell at the exact right moment), and everyone else who entered late will lose a lot of money. In fact, many of the stocks highlighted on r/wallstreetbets have already between 50 and 100% of their recent gains in just the last few days.

Bottom line: don’t participate in this or any speculative stock trading. Sure, you could make a lot of money if you time it just perfectly, but the odds are even more likely that you will lose a ton of money as the stock comes back down to earth. It’s glorified gambling, and the house odds are against you. The fact that the gambling happens through a trading app instead of a dealer at a casino table doesn’t make it any more legitimate or likely to result in winnings. Passive investing over long periods of time is still the only consistent winner for most retail investors. My hope is that this story highlights the need for Wall Street reform that prevents both small groups of large players and large groups of small players artificially driving stock prices up or down. 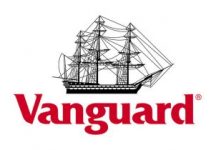 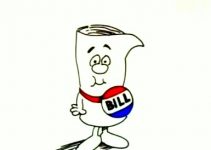