Roth 401Ks are becoming increasingly popular in the American workplace. My present employer offers the Roth 401K, and before signing up for one, I had a lot of questions about them. In this post, I’ll cover Roth 401K basics and do some comparisons between the Roth and a Traditional 401K.

What is the Difference Between a Roth 401K Versus a Traditional 401K?

What is the Roth 401K Maximum Contribution?

No! This was the biggest question I had when starting a Roth 401K. I thought to myself, “hmmm… if I contribute to the Roth vs. the Traditional, then my matching funds will be higher because they are in after tax dollars”. Nice try. Your employer’s matching Roth 401K contributions are in pre-tax dollars.

This means that a Traditional 401K will be opened for you by your employer, if you didn’t already have one – and pre-tax matching funds will be placed in it. An employer CANNOT contribute after-tax matching funds to your Roth 401K. Bummer, I know.

What is the Roth 401K Catchup Contribution?

Can a Roth 401K rollover into a Roth IRA?

Yes, much like a Traditional 401K rollover into a Traditional IRA (or Roth with taxes paid), you can roll over a Roth 401K to a Roth IRA. And you should probably do this whenever you leave an employer because Roth IRA options from discount brokers.

No. And you’d never want to. Post-tax funds are always worth more than pre-tax funds.

You can withdraw before retirement without tax and penalty if your account is at least 5 years old. There are some exceptions, including disability that would allow you to withdraw early without penalty. And there are some funny rules around earnings to contributions, so check with a CFP on this one if you are considering it. 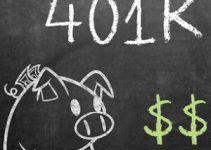 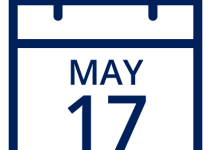 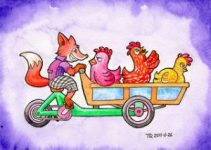