You guys know how much it fires me up when big corporations do bad stuff that takes advantage of their employees, customers, and society. Cases in point: VW dieselgate.

In recent years, retailers have shown unscrupulous amounts of greed in forcing their staff to wake up at insane hours – post Thanksgiving holiday – in order to keep the doors open for consumption junkie maniac animals to swarm in for deceptively average deals and trample each other in the process (in the last decade, seven people have died and 117 have been injured in Black Friday related shopping incidents). And in the last 2 years in particular, this selfish trend has slowly started overtaking Thanksgiving itself, turning what I think is the best family holiday into just another consumer sucka promotion. I dub this sad tainting of a great holiday as “Black Thanksgiving“.

The executive board room discussion that leads up to this gluttonous decision goes a little something like this:

CEO: “Hey guys – you know how we moved Black Friday Hours up to midnight from 5 AM last year? Well, it turns out that we netted an additional $2 million. What if we moved it up another 12 hours?”

CFO: “Well, only the total crazies are going to come out on Thanksgiving. With the cost of running our stores and paying staff, I’d estimate we’d net another $1 million.”

Chairman of Board: “$1 million is $1 million. But what about public backlash?”

CEO: “Backlash? We load the troughs, and the pigs come and eat. Besides – if others are doing it, why not us?”

Chairman of Board: “Well then, they can just go work somewhere else then, can’t they?”

Yes, there are some evil corporate citizens out there. And they should be called out for it.

But there are some who aren’t so bad. In fact, some are setting a good example for others. Case in point: REI. REI is not only refraining from jumping on the Thanksgiving bandwagon, but they are also jumping off of the Black Friday bandwagon altogether by closing their 143 stores and paying their 12,000 employees to take the day off as part of their #optoutside campaign. Instead of asking their employees to work that day, they are paying them to not work – and are encouraging them to get outside with their families. Here’s what their President and CEO, Jerry Stritzke, had to say:

Now, the cynics will probably say that REI’s #optoutside campaign is just another clever marketing gimmick to get positive PR and ultimately more profits. To those folks, I’d say, “So F’ing what?!”. Gimmick or not, which of the following corporate examples propagates a kinder/gentler/friendlier/healthier/better employee, consumer, and society?

1. Company forces employees to come in at earliest hours on Black Friday and leave their family holiday on Thanksgiving

2. Company pays employees to take off Thanksgiving and Black Friday and encourage them to spend the time with their families

I’d rather support companies that opt for #2 any day of the week.

This isn’t the first time I’ve highlighted REI for their shining customer and employee treatment example. The REI membership gives members cash back and they have one of the best return policies of any retailer. REI is also one of the few employers with part-time benefits. Those who work over 20 hours receive PTO, vacation, 8 paid holidays, health and life insurance, 50% off gear, and even a 401K match (automatic with additional profit sharing). What other retailers come anywhere close to that?

As a consumer, YOU have a decision to make about who you support and who you do not, with your hard earned cash. You’re either part of the solution or part of the problem. 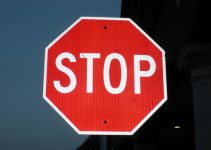 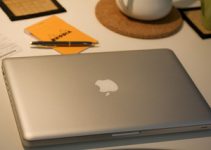 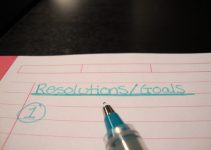