Nothing good can come from a payday loan.

According to new research from Pew, the average payday loan borrower must pay back $400 within two weeks, but can only afford a $50 payment. What comes next? A never-ending cycle of debt and $500 in average additional fees over five months.

Only 14% of borrowers can afford to repay the loans with their monthly budget.

Why do People Use Payday Loans?

Since they are so clearly bad for the borrower, why would anyone use payday loans?

Sadly, those who take out payday loans commonly fall in to one of the following buckets:

On #2, many payday lenders reel in customers with misleading statements like, “the cost of borrowing for loans is only $20 per $100 borrowed!”.

What they don’t tell you (until you read the fine print) is that $20 fee is charged EVERY 2 WEEKS. The APR’s are often 500%+, and the typical payday loan APR is around 400%, meaning that for every dollar you borrow, you are paying back more than $4 per year.

Who would willingly sign up for that offer if they were in a good frame of mind or not deceived?

This is why I’ve banned any advertiser who has identified themselves as a payday lender to advertise on this site (along with gambling, get rich quick, and other unsavory business models). I think it’s a predatory business model.

Should Payday Loans be Banned?

All of this begs the question: “should there even be payday lending, when little (if any) good comes from it? Or should we just ban the practice entirely?”.

Payday lending is a big business ($7.4 billion per year). It has a strong lobby, that has helped keep it around, and that lobby argues that “Short-term credit products are an important financial tool for individuals who need funds to pay for an unexpected expense or manage a shortfall between paychecks”.

They are right about payday loans being “a tool” that can be used in emergency situations. But that’s kind of like saying, “a chainsaw is a tool that can be used to cut bread.” Sure, it’s “a tool”, but there are usually better tools out there. For those in need of payday loan money, it could come in the form of increased cash flow from:

Heck, even street panhandling is better.

Does payday lending make our country better? Or is it helping an underwhelming few while hurting the large majority as it drives them more in debt?

As taxpayers, we all end up covering the bill for those who have have fallen on hard times and are reliant on government subsistence.

Already, in 13 states, payday lending is either entirely illegal or not profitable (due to interest rate caps and the type of high risk borrowers attracted to payday loans) to be a payday lender.

Should payday lending be banned nation-wide?

Is there a moral imperative to protect those who are the most vulnerable from predatory business practices? What’s your take? 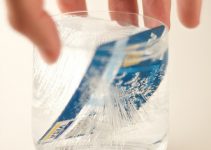 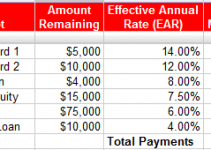 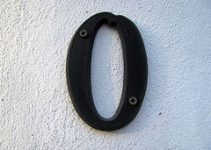