By now, you’ve probably heard that Patrick Pichette, Google’s CFO, is hanging up his… calculator (er.. spreadsheets, maybe?) at the age of 52. Pichette publicly announced his retirement in a Google+ post last week. OK, maybe “publicly” is a strong word, given that it was on Google+ (bada bing!).

Format aside, the post has close to 1,000 shares and 300 comments already and has gone viral in the media. If you haven’t read it, it’s worth a glance. But… for the life of me, I can’t figure out why it has become so popular, and it’s driving me a bit crazy.

Yes, the post does carry a bit of drama, as the story starts at the top of Mount Kilimanjaro and a challenge from Pichette’s wife of 25 years on why adventures like this cannot continue in perpetuity,

“Hey, why don’t we just keep on going”. Let’s explore Africa, and then turn east to make our way to India, it’s just next door, and we’re here already. Then, we keep going; the Himalayas, Everest, go to Bali, the Great Barrier Reef… Antarctica, let’s go see Antarctica!?”

Pichette responded in the way you’d expect a C-level executive to:

“I remember telling Tamar a typical prudent CFO type response- I would love to keep going, but we have to go back. It’s not time yet, There is still so much to do at Google, with my career, so many people counting on me/us – Boards, Non Profits, etc.”

As a rank and file salaryman, I’ve responded in similar ways, because I have to. If I let my work go, I don’t have a job. And unlike Pichette, I don’t have millions in the bank. Pichette doesn’t have the benefit of that argument any more:

“Then she asked the killer question: So when is it going to be time? Our time? My time? The questions just hung there in the cold morning African air.”

Dramatic, right? Nothing like being challenged at the top of Kilimanjaro by your neglected spouse to invoke a little soul searching.

In much of the media, Pichette has been celebrated for the bold move to retire and the ripe young age of 52 years old. The reality, however, is that Mr. Pichette has done nothing extraordinary here. According to SEC filings, Pichette owns $87 million worth of Google stock, has had a salary and bonus of $3-4 million per year over the last seven years, and has untold tens of millions from the other 25 years of his career (which included being CFO and President of Operations at Canadian telecom giant Bell). Pichette’s net worth is comfortably in the low 9 figures (likely $200 million+). I would venture to guess that an ex-CFO might just have enough to scrape by at that level of wealth (plus, don’t forget those plush Social Security payments).

So why did this retirement announcement go viral?

Is Pichette taking a massive financial or quality of life risk in turning down millions in future earnings? No.

Did he sacrifice his career to help raise his kids? Nope – in fact, he waited until they both were out of the house and even admits his wife did most of the heavy lifting of raising them.

And sadly, the inspiration to make the move came from a desperate jab from his neglected wife and the acknowledgement that after 25 years of marriage,

“Tamar and I have spent so little time together that “it’s really too early to tell” if our marriage will in fact succeed.”

I’ve always watched in amazement as countless multi-millionaires and billionaires continue their stress-filled hedonic pursuit of more, more, more – and wonder what on earth keeps them from jumping off that treadmill after a few short years. I’ve proclaimed countless times that “If I were in their shoes, I certainly would not be working any longer”. Maybe there is undeniable gravitational pull that comes from the ego, power, and incremental wealth that one simply cannot understand without living in those shoes.

The reality is that if there is anyone who should be celebrated for retiring early, it should be the ones who bust their butts and then call it good, with just a fraction of the lifetime earnings that Mr. Pichette has to play with. Quite literally, one could never work another day in their life with less than one-half of 1% of the net worth that the Pichette family has amassed. And they could do it decades sooner and actually get to spend some time with family.

From there, many beautiful things could happen:

None of that comes at the price tag of $200 million or any amount near it. To do it on $1 million – that takes guts, hard work, and a little bit of risk. THAT should be celebrated.

By all accounts, Patrick Pichette is a likable, honest, hard-working, stand-up human being – and maybe he does deserve a bit of credit for stepping away from the game a bit early relative to his peer set. But be careful in assigning him hero status – as he neglected much more than he probably should have for an amount of wealth that was far beyond what was necessary to live even the most ridiculous and wasteful of lifestyles. As I’ve stated – wealth alone does not make a hero.

You don’t have to make the same mistake. 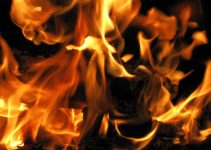 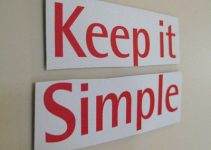