Nobody wishes to see their loved ones die so that they can reap a windfall. And because nobody wants to be associated with even having those ‘what if’ thoughts, very few topics are as taboo as the mighty inheritance.

Perhaps inheritances don’t need to be taboo any longer though. Why, you may ask? Because they will be very rare.

Nobody is entitled to an inheritance. But I am anticipating that anyone who does receive one will be considered part of an increasingly rare few.

If you’re a gen x’er or gen y’er, there are a few huge trends going against your chances of ever getting an inheritance:

1. The Boomer Generation isn’t as Concerned with Sharing their Wealth

In a recent U.S. Trust study, only 49% of millionaire boomers said that it was important to leave an inheritance to their children when they die. That was the millionaires – aka the ones who actually have money. For those who don’t have money to give? We’ll get to them in a second.

Boomers think they’ve earned their wealth and have every right to spend every last penny of it. And they are probably right (until we end up financing their debt).

2. The Boomer Generation Doesn’t Really have Much Wealth to Begin with

A very small percentage of boomers will actually have money to give.

In a study done by the Employee Benefit Research Institute on the total average retirement savings per American,

These numbers jumped out at me the most though:

And of those, there is a good chance many of them are in debt.

Boomers will live longer than any previous generation, on average.

I don’t expect the boomers will take well to the fact that they may never be able to enjoy a relaxing retirement as their parents did. They will retire. And any savings they have left will quickly vanish.

Health care inflation has outpaced overall inflation in almost every year for the last 60 years. As boomers live longer, it’s going to cost a lot more to keep them alive and to put them into nursing homes. The average cost of a nursing home is over $50,000 per year and climbing. What little savings they did have could be depleted or turned into debt.

5. The Boomers Love Debt & Don’t Know how to Invest

The generation that raised the boomers (our grandparents) believed in a thrifty lifestyle that was not financed by debt. Education was cheap,  housing was cheap, and pensions were aplenty. They could live off their pensions while holding on to any additional savings for emergencies and then to give as an inheritance.

All the boomers did were spend, spend, spend. They rebelled against their parent’s frugality. They are the generation that fell in love with mortgages, credit cards, and two fancy cars in every driveway.

Now that the retirement burden has been shifted to individuals, as 401K’s vs. pensions are now the norm, the boomers have shown little savvy in growing their savings through investments. There just won’t be any inheritance to bestow.

Instead of the “how much?” taboo subject around inheritance, perhaps the new taboo subject will be  “who is supposed to pay off all your debt for medical/nursing care?”. That WILL become the new inheritance standard.

As uncomfortable as it may be, it’s one that is best discussed sooner than later. 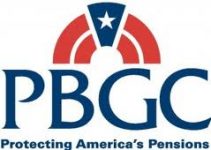 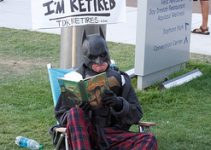