If you’ve bought new tires, had old ones fixed up, or had a regularly scheduled oil change, then chances are that you’ve encountered a salesman who tried to sell you the benefits of nitrogen tire inflation and why it’s worth the measly $5 or so per tire to fill your tires with nitrogen. I thought it would be interesting to take a somewhat scientific look at nitrogen tire inflation to answer the question of whether or not nitrogen inflation will save you money over time.

Proponents of nitrogen tire inflation generally offer up the following benefits in its favor:

On the surface, these are legit sounding benefits because it sounds like there is some science behind the claims. But even if all are true, are the added benefits really worth the added cost to get your tires filled with nitrogen?

Some nitrogen proponents, such as the Get Nitrogen Institute have appealing nitrogen tire inflation calculators that run some nifty math on how much you are saving by filling your tires with nitrogen.

I filled in the following numbers in the calculator (versus the ridiculously inflated pre-set numbers): 12,000 miles per year, $75 per tire replacement cost, $2.75 cost per gallon, and 25 miles per gallon fuel efficiency. As a result, the calculator determined that nitrogen inflation would save me:

Don’t buy it. This calculator is the most prominent in search results, but the ‘Get Nitrogen Institute’ has a list of sponsors that all benefit monetarily from you filling your tires with nitrogen (e.g. Costco sells nitrogen tire inflation, Parker Hannifin sells nitrogen machines, etc.). In fact, the calculator doesn’t explain at all where they came up with their numbers. Smells fishy to me. Let’s look at the science a little further.

Let the middle school science class nostalgia begin. Dry air (the stuff we breathe) actually consists of 78.09% nitrogen, and 20.95% oxygen. Therefore, ‘the free stuff’ that air compressors blow into your tires is already roughly 78% nitrogen. In other words, you’re already getting 78% of the total benefit being sold to you for free with regular air. Wow, I feel so lucky to ‘nitronize’ my lungs for free!

According to Consumer Reports, the nitrogen consistency in the air produced by a nitrogen tank is about 95% nitrogen (and the recommended tire level is 93%). So, you’re really looking at only a 15% difference in added nitrogen over typical “air”, at 78% nitrogen.

But wait, according to the same Consumer Reports article, the person filling the tires would actually need to completely purge and refill the tire 3 times to get a 95% nitrogen consistency. Do you trust that the guy in the back is really doing that and rigorously measuring your tire’s nitrogen consistency? My guess is that he’s filling the tire to the spec PSI and calling it a day.

In the aforementioned Consumer Report’s test, 31 pairs of tires were filled to 30 psi and then measured one year later. The results show:

The other argument for nitrogen over air is that oxygen within normal air causes ‘oxidation’ within the tire. However, I haven’t seen any concrete evidence as to what oxidation really is or why its such a bad thing. Some nitrogen proponents refer to oxidation as a chemical process that deteriorates the rubber in the tire, causing a sort of rot from the inside out. Others refer to it as a corrosive rust causing problem around the rims, accelerated by oxygen within the tire. If it’s rubber deterioration from the inside, I have a feeling that tire tread wear on the outside from normal use probably has a much larger impact, regardless of what’s inside the tire.

More important than ‘oxidation’, likely, is making sure that tires that you buy are made recently. Unethical tire retailers selling older tires is a huge problem. Here’s how you can check the age of your tires.

Nitrogen tire inflation likely does have some benefit over standard air inflation, but no evidence points towards it being significant. The cost savings is virtually nothing if you are maintaining proper tire psi, regardless of what they are filled with. The bottom line is that instead of worrying what you are filling your tires with, you should worry about them being filled up to recommended psi levels. For more on how to do that, check out my post on how to inflate your tires properly and how to get free air for your tires.

Nitrogen tire inflation appears to be little more than a clever marketing tool with a tiny bit of scientific benefit supporting it that is blown massively out of proportion. 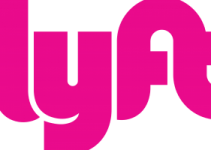 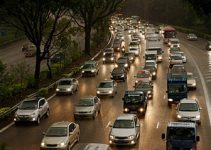 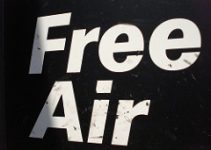