I last left you with the tale of Grandy, my dying car. I knew it was time to trade her in. And to do so before she died would be wise. She still had some value in her for someone who wanted to put a little money in to her. And I didn’t want to sink more money in with towing, rental, fixing, and other expenses if she did die (I share a car with my wife and don’t have a backup 2nd vehicle). That was my situation. On to the search…

New Vs. Used Cars: Which Provided the Best Value?

Should I buy new or used? This was the first thing that entered my mind. I had not purchased a car in 6 years, so I had no idea what the new vs. used car markets looked like.

Many will cite the “it loses 10, 15, 20% (depending on who you ask) of its value as soon as you drive it off the lot” line. And other popular finance wisdom will say you should buy everything used. I wanted to find out for myself.

I did some research into the present used car market and found that this is fairly common in tough economic times – the used car market, as a whole, gets propped up by buyers looking to save some money versus buying new. Typical law of supply and demand. Ironically, the frugal buyer kind of gets screwed.

I’m not a big fan of buying anything new these days, but the current market made me think that if I could find a new car (with incentives to bring the cost down), that had a full warranty and zero wear and tear, and pay roughly the same or less than a car with anywhere from 10,000 to 30,000 miles on it with a shrinking warranty and little knowledge of how the car was treated prior – it might be justified. But I had to find a good deal first.

Looking for the Cheapest New Car

I turned to my list of the cheapest new cars. I made a spreadsheet of each car, added in a few other cheap favorites, and included their MSRP’s, any current manufacturer discounts and incentives, the annual fuel cost, and average insurance premiums.

Much to my dismay, the only manufacturer incentive on any of the 15 cheapest cars at the present time was $500. I had figured I might run in to this issue, as January is typically a horrible time to buy a new car. Automakers just got done heavily discounting last year’s models in December in an effort to clear them off the lot and to hit their sales goals for the year. January offers them a fresh start and a little flexibility.

As an aside that plays a key role in my search, I had an old GM card laying around with some cash back earnings on it. It was the first credit card I ever used and I’ve kept it open for it’s favorable impact on my credit history.

It offered 5% cashback on all purchases if applied towards a new GM vehicle. Over the years, I had built up $1,011 in savings, which GM was upping to $2,000 through Feb. 23 through a special promo (they do this about once or twice a year).

This was good on any GM vehicle and is completely separate from any other negotiations with the dealer.

My ideal car (at the time) was the now extinct Toyota Prius C. It had not been released yet. It is the new hatchback hybrid from the Prius line that gets over 50 mpg city and highway and retails for under $19,000.

I was not confident my car could last until its release without repair, and even if it did there would doubtfully be any incentives on the new Prius C as it would be newly released.

What I found next was encouraging.

GM was also offering a $500 GM loyalty discount (if you trade in a previous GM model). I also found that they were offering a special $2,500 consumer cash discount on the Chevy Malibu.

The Malibu had honestly never crossed my mind and it certainly would not be my first pick, all else being equal. It MSRP’ed right below $23,000 for the base model, it’s not the most functional for my outdoor lifestyle (that would go to the hatchbacks), and 33 mpg’s highway is not bad, but it certainly wouldn’t make my list of the most fuel efficient cars – 40 mpg hwy is the new 33 mpg hwy of 3 years ago.

The Best Value on a New Car

Instead of thinking about my “ideal” car, the most fuel efficient car, or even the cheapest new car from an MSRP standpoint, my strategy shifted slightly.

I decided that it would be wisest to go for the best car (within reason) for the best price. The Malibu was that car.

Its pricing, before negotiation or trade-in, looked like this

$5,500 off MSRP without any dealer incentives! That brought it right down to the bottom of my cheapest new car list at $17,370. The Malibu has way more standard features and is bigger than any of the vehicles on that list, proving it to be the best value I could find.

I wasn’t in love with the car, but I kind of liked that about the choice. My emotions and desires were not leading my purchasing decision. That’s a good place to be in.

Save Now. Swap for a More Ideal Car Later?

If I could get the best car value now, and knowing what I found out about used car prices, it is very possible (if not certain) that I could get the Malibu now and sell it for more than what I bought it for later in the year while it was still under full bumper-to-bumper warranty.

At that point, I could even apply the savings to a different car that had bigger incentives at that moment or was slightly used.

This strategy was not without its drawbacks, but it reasoned to be pretty damn good considering my predicament with Grandy and the lack of new car incentives at the moment.

On to the negotiation stage… 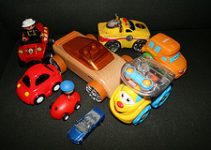 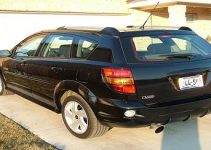