Motivating oneself to hit big financial goals through saving and investing over the long-term is often a mental game. And it’s a game that many of us lose in favor of spending on day-to-day pleasantries. The average personal savings rate, average retirement savings, and net worth stats back that up, so I’ll spare you the numbers here.

Fortunately, there are Jedi-like ways to mentally incentivize (one might say “trick”) yourself into saving more.

Despite the end result ($9K in added bonus 401K savings, for free) being the same, which of the two scenarios is more motivational? In my opinion, it’s the taking away of the incentive, and it’s not even a close contest. It’s been estimated that employees miss out on $24 billion in 401K matching per year. If employers did their 401K matching this way, I wonder how much more would be saved.

Loss aversion, or loss incentive is an extremely powerful way to approach your finances. And science backs me up on this.

In a recent University of Pennsylvania study, researchers tested monetary incentives to exercise with overweight/obese adults. In the study, 281 adults were given a goal of taking 7,000 steps per day. The control group received no monetary incentive to hit the goal, but got daily tracking and feedback. One group had a “gain incentive” (similar to the 401K matching scenario #1) and earned $1.40 each day they achieved the goal. Another group had a “loss incentive” (similar to 401K scenario #2), where they were given $42 up-front each month, but $1.40 was deducted each day the goal was not achieved.

After 13 weeks, those in the gain-incentive group met the goal 20% more than the control group. However, those in the loss-incentive group met the goal a whopping 50% more than the control group. Again, the end result was the same, but taking away monetary incentives for a lack of a behavior was more powerful than adding them for the addition of a behavior. Fear of loss is a powerful motivator.

Therein lies the personal finance trick. In just about all personal saving scenarios, you realistically face a gain incentive – i.e. “If I save $X, I will gain $Y”. The gain of compound returns should and can be an extremely powerful incentive, however it is far more powerful to view the taking away of compound returns as a loss incentive: “I will lose $Y, if I don’t save $X”.

If losing $1.40 a day is enough to motivate obese adults to take 7,000+ steps in that day, then what is your excuse for losing hundreds of dollars per month and thousands per year in matching 401K funds?

Using loss incentive as motivation is not just a 401K matching thing. It can be applied to every dollar you spend, which could appropriately be viewed as a dollar not saved and invested. I have been doing this for years, without realizing there was a clever “loss incentive” label, and I can assure you that it 100% works.

This is the personal finance advice you’re looking for. ;-) 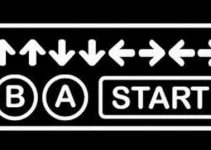 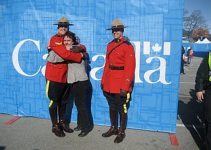 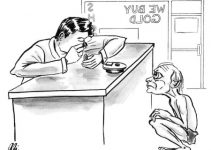