My entire post-pubescent life, I had used disposable and cartridge-based razors. Like many in the 90’s era, I awkwardly started out with the plastic handle disposables. 1 blade (usually cheap and dull from the start), use it a few times until it started ripping your hair out instead of cutting it, then throw the whole thing away. An exercise in true wastefulness and pain.

Then I moved to the Gillette Mach 3, a 3-blade per cartridge system. The results were better. The price? Much higher.

After that, I lost track of blade count (anyone here remember the SNL Platinum Mach 14 spoof?).

I tried a few variations of the 5-blade Gillette systems, most recently ending with the Fusion Power Proglide, disposable cartridges. They give a nice, close shave. But like all blades, they don’t last forever.

And at $4 per cartridge (for real), they are not cheap. In fact, they are frustratingly expensive.

I, and more importantly, my wife, don’t mind a little stubble on my face. So I only once or twice a week – which helped soften the blow of a $32 – 8-pack. I’m going to estimate that I got a month or so from each set of blades (probably far more than most do). At that cost, I was paying about $50 a year just for just this one male grooming category. Over the course of 20 years, that’s $1,000+, excluding inflation. Speaking of inflation, the price of these blades only seem to be going up.

Eventually, a few months ago, I got sick of paying so much and told Gillette to take their razors and… OK, that would hurt, nevermind.

I decided to go old school. I picked up a Merkur double-edged safety razor.

At $34, it isn’t super cheap, but it is well designed and it’s built like a rock, so I anticipate using it for a long time.

Beyond this impressive device is something that I think you will find of interest – the cost of the blades. I picked up a 100-pack of Astra double-edged blades for $9 ($0.09 per blade). The blades are double edged – meaning both sides can be used, so you can get multiple shaves.

So lets run some numbers:

For someone who shaves daily, the savings could be 3.5X that.

What’s the sacrifice? How does it work?

Close shave with limited cuts! And it’s not nearly as scary or intimidating as you might be imagining. Just don’t fall asleep while shaving.

The first few shaves take a bit longer, but with experience, the time requirement is not much longer than a 3 or 5 blade system. Besides… taking your time shaving can be kind of meditative.

And, my razor’s cool factor just went up exponentially, making me more desirable to the wife and respected by my dog and unborn children.

This one took me longer than it should have to get to, but it’s another great example of how even when it comes to something as seemingly trivial as shaving and the razors you choose, there can be significant savings to be had. You can also save significantly more money by cutting your own hair. 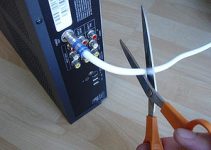 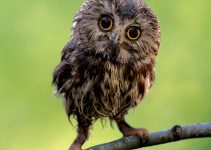 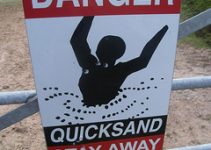