With the massive hack of Equifax last year resulting in the theft of sensitive information on 145.5 million Americans (including their Social Security numbers), consumers quickly became all too familiar with credit freezes, and their unfair pricing. There was such an outry that it costs $10 (unless your state has a mandated lower cost) per credit bureau, per freeze (and per lift) – that Congress actually worked free credit freezes into its banking deregulation bill that passed back in May.

On September 21st, 2018, free credit freezes (and lifts) officially became the law of the land – in every state. Additionally, credit fraud alerts — where credit bureaus have to verify your identity before releasing information — will now remain in place for a year (versus 90 days previously).

What is a Credit Freeze? A Recap

As a reminder, a “credit freeze”, or “credit security freeze”, is when you instruct one of the 3 credit bureaus (Equifax, Experian, and TransUnion) to not release your credit report to a party that requests it, without your express consent. Without access to your credit report, a credit freeze effectively prevents companies from reviewing your credit history and then extending credit, loans, and services to someone using your identification (in effect, preventing fraudulent new accounts from being opened with your identification).

As an example, if your Social Security number is stolen, and the thief tried to open a credit line with AmEx in your name, with a freeze in place at each bureau, AmEx would not be able to pull a credit report on you, and the thief would not be able to open a new account. You would need to lift the freezes if you wanted to get approved for a line of credit for yourself.

Unfortunately, a credit freeze at one of the credit bureaus, does not extend to the other two. So if you want to cover yourself, you would need to create a separate freeze at all 3 bureaus.

When you submit your freeze, you will be given a PIN. Hold on to that PIN – you’ll need if you want to lift the freeze later on.

Credit Freeze vs. a Credit Lock

I have covered this in more detail, but a credit freeze is not the same thing as a credit lock (which the bureaus have begun to heavily market). I would recommend avoiding credit locks, as they come with less protections, are unregulated at the state level, can be more costly, and can result in 1st and 3rd party marketing solicitation.

If you’ve been a victim of identity theft, I’d also recommend checking out the FTC’s identitytheft.gov. 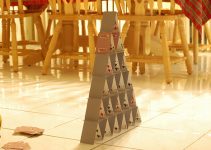 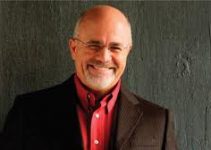 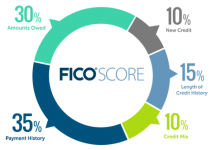