Starting in 2010, with the passage of the American Recovery and Reinvestment Act of 2009 (in the wake of the Great Recession), every all-electric and plug-in hybrid vehicle leased or purchased new has been eligible for an IRS federal income tax credit of up to $7,500. That credit amount varies based on the capacity of the battery used to power the vehicle. Until recently, all 100%-electric drive vehicles purchased since 2010 have been eligible for a full $7,500 federal income tax credit.

The federal income tax credit was meant to spur innovation and sales of electric vehicles in the US market. And its worked. There are many dozens of all-electric and plug-in hybrid vehicles now on the road. But the tax credit was not intended to last indefinitely. It had a built-in phaseout expiration.

The electric vehicle tax credit begins to phase out for vehicles at the beginning of the 1st calendar quarter after the manufacturer has sold 200,000 eligible plug-in electric vehicles (plug-in hybrids and EVs) in the US, as counted from January 1, 2010.

Recently, we have seen the phaseout for 2 electric vehicle manufacturers: Tesla and GM (much to their chagrin, I’m sure).

With the production and sales of the very popular Tesla Model 3 ramping up, Tesla hit the 200,000 electric vehicles sold mark in Q4, 2018. Therefore, the electric vehicle tax credit for Tesla phased out on the following schedule:

Which Manufacturers Could Hit the Tax Credit Phaseout in the Coming Years?

Nissan (maker of the popular Leaf model) is the next most likely electric vehicle manufacturer to hit the phaseout, but that should not happen until 2022, at the earliest, as Leaf sales have been lagging. Beyond that, Toyota, Ford, and BMW would be the next in line to hit the 200,000 mark.

This timeline could rapidly change if gas prices skyrocket, and/or the prices for vehicle battery packs continue to drop as rapidly as they have been. It’s been recently estimated that the price of electric powered vehicles could drop below combustion powered vehicles as soon as 2022!

If you want to monitor where specific vehicle manufacturers are currently at with their phaseouts, check out the EPA’s site on the EV tax credits.

How to Claim the Electric Vehicle Tax Credit

The IRS has a full list of electric vehicle tax credit amounts by model. Note that a number of plug-in hybrids are not eligible for a full credit, and the credit is instead based off of battery pack size. Before purchasing, double-check the amounts on that list.

If you purchase an eligible vehicle, in order to claim the tax credit, fill out IRS Form 8936, for the “Qualified Plug-in Electric Drive Motor Vehicle Credit”. This credit can be used toward the alternative minimum tax (AMT).

If the qualifying vehicle is purchased for business use, the credit for the business use of an electric vehicle is reported on Form 3800, General Business Credit.

I have published and maintain a thorough list of state electric vehicle tax credits as well. These tax credits are in addition to any federal tax credit. But please do your research, as they can and do frequently expire if funds run dry.

You won’t find any EVs on my list of the cheapest new cars, but if prices continue to drop and tax credit incentives stick around, that could soon change. Separately, there are some affordable electric vehicles out there – here’s a ranking of the 10 cheapest electric cars. Additionally, don’t forget that federal energy tax credits for solar panel displays are phasing out soon. 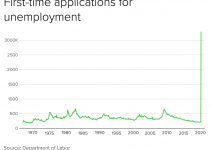 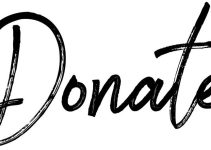