Some of the biggest housing costs you will come across are completely and frustratingly unpredictable.

The only thing that is certain is that if you are a homeowner long enough, you are going to get hit with unexpected home maintenance and repair costs.

Over just the last year, I’ve had three such unique repair scenarios hit:

1. A stink in our basement led us to find that sewage had backed up and found its way up the pipes and in to the shower stall in our basement bathroom. Yes, it was as gross as it sounds.

2. The plug to our electric dryer almost completely melted, upon using it one day, which made it inoperable and filled the house with burnt plastic fumes.

3. Our thermostat melted and was rendered useless. After replacing it, it still wouldn’t work. As later discovered, our dog had ripped electrical cords out of the AC unit while trying to engulf some baby robins (an ultimately unsuccessful endeavor) in a nest above our electric meter. This shorted the transformer, which then shorted the thermostat. Jackass move, for sure, but a few sad retriever eyebrow flickers later, all was forgiven.

Now, these aren’t things that one will come across often, if ever.

When encountering the great unknown like this, the first instinct is to call up a professional to come take care of your problems. We’ve become a society of outsourcers and so most of us don’t know the first thing about auto, plumbing, electrical, HVAC, or other home repair. In the process, we’ve lost something much greater than just savings in the bank.

To immediately admit defeat and call a stranger is the path of least resistance. I had to fight off that urge each time. I decided to insource.

The sewage issue was fixed with a little elbow grease, a pipe snake tool, a breathing mask, a lot of patience, and an hour or two of work.

The other two issues were a bit more intimidating because electricity was involved. Luckily, I have a father-in-law who is very independent-minded when it comes to this type of repair challenge who could lend a hand. He’s been around a wrench or two (hundred). I enlisted his help and tried to absorb as much knowledge as I possibly could while working with him on the repairs. About $30 in parts and a few beers later (after playing with electricity, that is), the repairs were diagnosed, and much knowledge was gained.

I probably saved $450 just in avoiding having someone come out to diagnose the problem and at least that much on parts/labor for the repairs. Had I completely defected responsibility to a professional, I would have not learned a thing. Total lifetime savings if I ever encounter these random issues again is much higher.

A do-it-yourself mentality is what I admire about older cultures and modern homesteaders. When put in situations where there is nobody who can do a house call and no corner hardware store to run to, you have to be creative, inventive, strategic, mechanical, and even rely on wiser elders for help if you are going to get by. Failure to solve a problem could results in huge setbacks or even death. You have to find a way. That’s probably why there has been a rush in popularity for TV shows like Mountain Men and Alaska: The Last Frontier. We, as humans, have become increasingly disconnected from everything around us. We’ve lost the ability to critically think about how to solve manual problems.

For a desk jockey like me who sits at a computer all day, these types of challenges call for the use of under-utilized parts of your brain and can be mentally exhausting, but intensely rewarding when you figure them out. And in the process, your own wisdom grows so that you can help younger generations someday. Or… you could put your pen to a check, add a few working weeks, months, or years to your life and call it even.

Disclaimer time: you’ve also got to use some common sense. If you jump head first in to a complicated repair with no clue what you are doing, it is possible that you could blow your house up, burn it down, or severely hurt or kill yourself or others. Don’t be stupid. Educate yourself. Get the proper tools. Take proper safety precautions. And if you still don’t know what’s going on, get someone who does and isn’t afraid to admit when they don’t. Risking lives is not worth the potential monetary savings gained. If you can’t eliminate the risk or don’t even know what the risks might be, then it’s time to get some help.

If you can eliminate risk, however, it can be a different story. In the electrical scenarios, we were able to eliminate all risk by turning the electricity off, using an electric meter to be 100% sure it was off, and then replacing all suspect parts to complete the fix.

If you own a home, shit will happen. And your first response is usually going to be, “What the $#%^? Where’s the phone so I can call the (electrician, HVAC, plumber, roofer, exterminator)”. Before you do that though, do not panic, and use your brain or borrow wiser brains. With proper precaution, the lessons learned and savings gained can be rewarding. 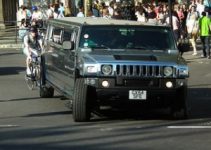 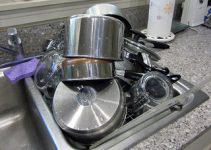 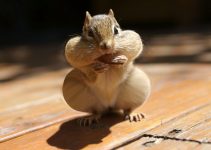