This new COVID bill is a huge addition to the growing list of COVID-relief measures that include the CARES Act legislation passed last March and a smaller 2nd COVID relief bill passed in December.

The bill has the rare broad public support of 76% of Americans, including large majorities of both Democratic and Republican voters. In addition to the popular vaccine and school re-opening assistance, much of the funding goes towards low and middle income households and it’s been said that this would be the largest form of public assistance since the LBJ presidency. It’s been estimated that the poorest 20% of Americans will see roughly a 20% boost in income from the plan, particularly due to the stimulus payments and expanded Child Tax Credits, while the richest 1% will receive an income boost of 0%. It’s also been projected that the bill would cut the childhood poverty rate in half, due to those same provisions.

A bullet point highlight breakdown of what is in the American Rescue Plan is included below.

The American Rescue Plan provides funding for a third round of relief payments to Americans. This time, eligible recipients will receive up to $1,400 per individual (including dependents). The $1,400 exceeds the $1,200 in the CARES Act legislation (which was also only $500 per dependent) and the $600 in the 2nd COVID Relief bill, but the income thresholds have been lowered slightly.

The American Rescue Plan extends the federal unemployment insurance enhancement of an added $300 per week on top of state unemployment benefits through September 6, 2021.

It also makes the first $10,200 in UI benefits in 2020 non-taxable, to help avoid surprise tax liability for households with income below $150,000 (note: unemployment income is taxed as ordinary income, but not subject to FICA taxes). This is a significant benefit, but one possible downside here is that if you’ve already filed your taxes and are eligible for this benefit, you will likely need to (and should) file an amended tax return.

You might be able to take further advantage of these changes by possibly switching to a better plan, as a special enrollment period for the ACA was created and extended through August 15 (2021) for most states. If you haven’t enrolled in an ACA plan, but are eligible, check out my ACA enrollment guide for more info.

Also, the cost of COBRA premiums are covered through September for those who have lost their job.

The Earned Income Tax Credit will see the maximum benefit increased to $1,502 (from $543) for childless adults for 2021 only. The upper age limit for workers without children was removed (previously age 65) and the lower age limit was reduced to age 19 (previously 25).

Under the plan, you would not need to pay income taxes on forgiven student loan debt, if you qualify for loan forgiveness or cancellation. This would apply to debt forgiven between Jan. 1, 2021, and the end of 2025.

President Biden wanted to include a minimum wage increase of $15 per hour in this bill, however, after the non-partisan Senate Parliamentarian ruled that the increase could not be included in the majority-vote budget reconciliation process, it was dropped from the bill. Most Senate Democrats wanted to include it in the final bill, with an amendment, but all 50 Senate Republicans voted to keep it out of the bill and 8 Senate Democrats joined them. As a result, those eagerly awaiting a long-overdue federal minimum wage increase will have to wait for another day, sadly. 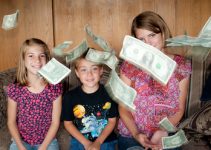 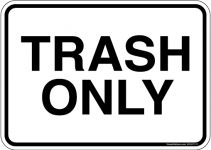 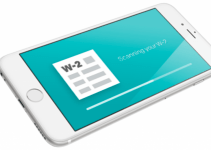