It is human nature to want to simplify topics and concepts that are complex, layered, and sometimes difficult to understand.

It’s a complicated world out there and we are bombarded with information on a daily basis. When presented with advice or solutions that make our lives easier, we latch on. As a result, cliche advice that sounds good on the surface can transform into cultural memes. If heard enough times from numerous peers and the media, those memes become blindly accepted as truths.

Some of these cliches are deftly true, but others can be particularly dangerous when interpreted the wrong way. They can be universally strong, oversimplified and misleading, or just flat out wrong at times.

So, I’ve decided to start a series of posts break down and analyze some of the most popular personal finance cliches to determine if they are legit advice to follow or not. And then you can debate to your hearts content.

This will be the first…

“A Penny Saved is a Penny Earned.”

“A penny saved is a penny earned” is used to describe a scenario when a consumer has or will realize the benefit of a discount, promotion, or sale when making a purchase. It attempts to equate the act of saving money to having earned that money. And who doesn’t like earning money? So where is the debate?!

There is only one problem – as already stated, the phrase is used in the context of saving money on a purchase. With the exception of offsetting the future cost of needs, the reality is that you are saving nothing when you are spending money. In fact, you’re doing the opposite.

I fear that many blindly apply this advice as a justification for making purchases on wanted items that are on sale. And that’s dangerous.

While you chew on that, consider that the origin of this cliche is through a misquotation of a statement made in Ben Franklin’s Poor Richard’s Almanack, which Franklin began writing in 1733. The original phrase was: “A penny saved is twopence dear. A pin a day’s a groat a year.”

A twopence was a silver coin used in Britain in that era. A pin and a groat? Consider it a history class homework lesson.

So if we break down Franklin’s original statement, he seems to simply be making a currency comparison between a penny and the British twopence. Yet, the remodeled cliche has lived on and morphed into personal finance advice with a different meaning that everyone has heard and repeated.

There is no doubt that it is good to save money – but only in the context that it is money you would have needed to spend. Just remember that the next time you go to grab your groat.

Verdict? While it may seem rather innocent on the surface, this cliche can be misleading, and potentially harmful if transformed into purchasing motiviation. 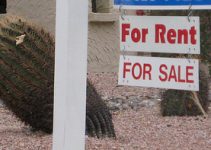 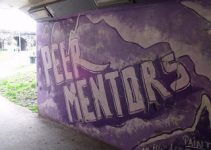