Actually, $10.06 to be exact – at an average annual rate of return of 8% on your investments over 30 years. Even if you factor in 2% annual inflation, you’d have 556% of the buying power for every dollar you save today.

Alternatively, if not invested, every dollar you stick under your mattress will still only be worth a dollar (and just $0.55 in buying power).

Those numbers sum up the power of compounding investment returns and should thrill you, if you are a young investor. If you haven’t been investing much, the missed opportunity should scare the crap out of you!

To hammer home the point further, take this example from Burton Malkiel, the author of A Random Walk Down Wall Street, as he highlighted the following example of compound interest in action:

They earn 6% on their savings.

At age 65, William will have $850,136 in his account, while James will have only $219,242. Despite having saved less, William’s nest egg will be almost four times greater because of compounding.”

And that’s at just a 6% return. An extra 2 percentage point increase would more than double William’s account.

This scenario is reason #1 for why you should save early and often. In fact, just starting at age 25 vs. 35 can lead to 2X the retirement savings from compounding.

The problem is that the millennial personal savings rate is -2%. So why don’t my twenty and thirty-something peers do it? The two most cited reasons I hear are:

“I have plenty of years ahead to save. There’s no rush.”

“I have a lower income now than I will in a few years/decades.”

On the first, I hope that the first part of this article inspires you to shoot down that excuse. You need to get in the habit of automatically saving a portion of your income as soon as possible. And the more you can boost your personal savings rate, the better.

On the second, I understand that it’s not easy to save when you’re just starting a career. You’ve got student loans, rent, all kinds of crap you think you need to buy, and outside of a few professions, you’re probably not making a huge income. Life is harsh!

But the reality is that every dollar you save in your twenties, you will be thanking yourself for many times over later on.

And if you think it’s stressful to carve out savings when you are younger, imagine having to work decades later than planned, having to save much more, yet knowing that the entire time that you’re still probably going to come up short of what you will need to finance a comfortable retirement.

Here’s a compound interest calculator, if you’d like to have some fun with numbers and see what you might be missing out on.

Also, the opposite of compound returns is equally as powerful (in a bad way). 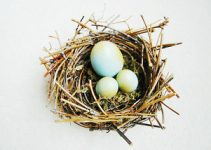 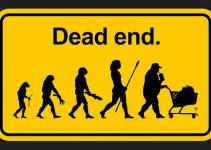 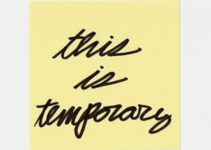